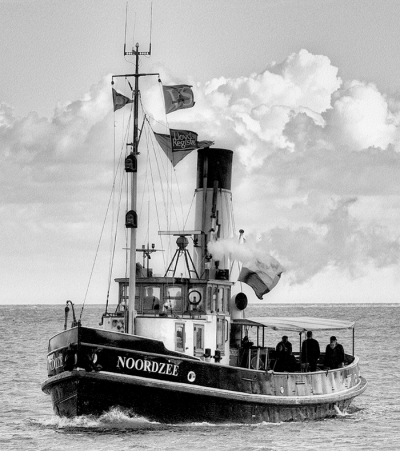 For the installation of a new boiler the steam tugboat NOORDZEE has been towed from Medemblik to Willemsoord Museum Harbour in Den Helder, the Netherlands. The NOORDZEE was built in 1922 at the Janssen & Schmilinsky yard in Hamburg, Germany, and was fitted out with a compound steam engine and Scottish boiler made by Blohm & Voss. The owner of the tug is the Steamtug Noordzee Foundation. The photograph shows the departure of the Noordzee from Medemblik and was pushed by the tugboat Zeeleeuw. (Tugs, Towing & Offshore Newsletter).