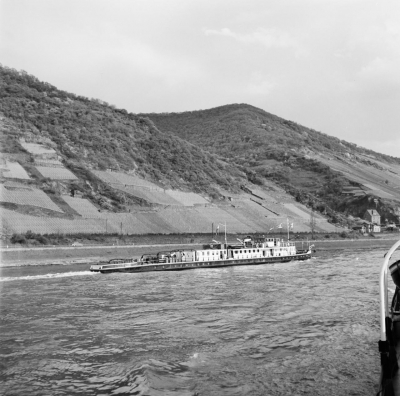 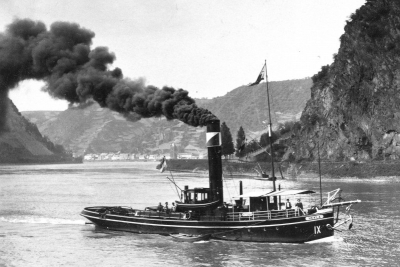 The Dutch Society of Inland Shipping (VERENIGING DE BINNENVAART)  comes with a special edition about the VULCAAN Rhine shipping company.

"Who could ever have foreseen this? On January 1, 1968 the merger took place of the two largest competitors from the SHV and Thyssen concerns, N.R.V. (Dutch shipping society) and Vulcaan, who imitated each other so often in introducing new ships and organisation concepts". This sentence was written by Jan van 't Verlaat in a remarkable edition of the magazine of the (Dutch) Inland shipping society (Vereniging ‘De Binnenvaart'), fully dedicated to Vulcaan Shipping. This book, a special about N.V. Handels- en Transportmaatschappij Vulcaan", is part of a series by The Binnenvaart Society, "The History of Inland Shipping"

It was a painstaking job for the Society to have this book written and completed. For a long time already it was a wish of the Society to have a special composed about the Vulcaan. A barrier was that there has been preserved few archive material about this company. Bu at last the Society has succeeded in making this publication, said the Society in a press release. The magazine has 72 pages showing more than 100 images, some of them have never been published yet. It contains interwiews with members of the Binnenvaart Society about their memories from the times they were navigating on the ships of the Vulcaan Company. Also the pioneers of the Pushboats and Rhine gas tankers are mentioned and depicted in the magazine, that is completed with a fleet list. Towage is the central subject, also because this is the main theme of the Society in 2016. In Dordrecht, The Netherlands, 20 kilometers from Rotterdam, has been organised an exposition in the Centre of Inland Shipping: This is situated on the large Rhinepushboat René Siegfried, berthed in the river Wantij on the Maasstraat (Meuse Street) in Dordrecht. This exposition is open on Thursdays and every first Saturday of the month, between 10 and 15 hrs.). There the Vulcaan-edition is also fot sale, for a price of € 7,50. You can also order the booklet via This email address is being protected from spambots. You need JavaScript enabled to view it. or post address P.O.B. (Postbus) 24066, 3007 DB Rotterdam. Postage cost will be added then.