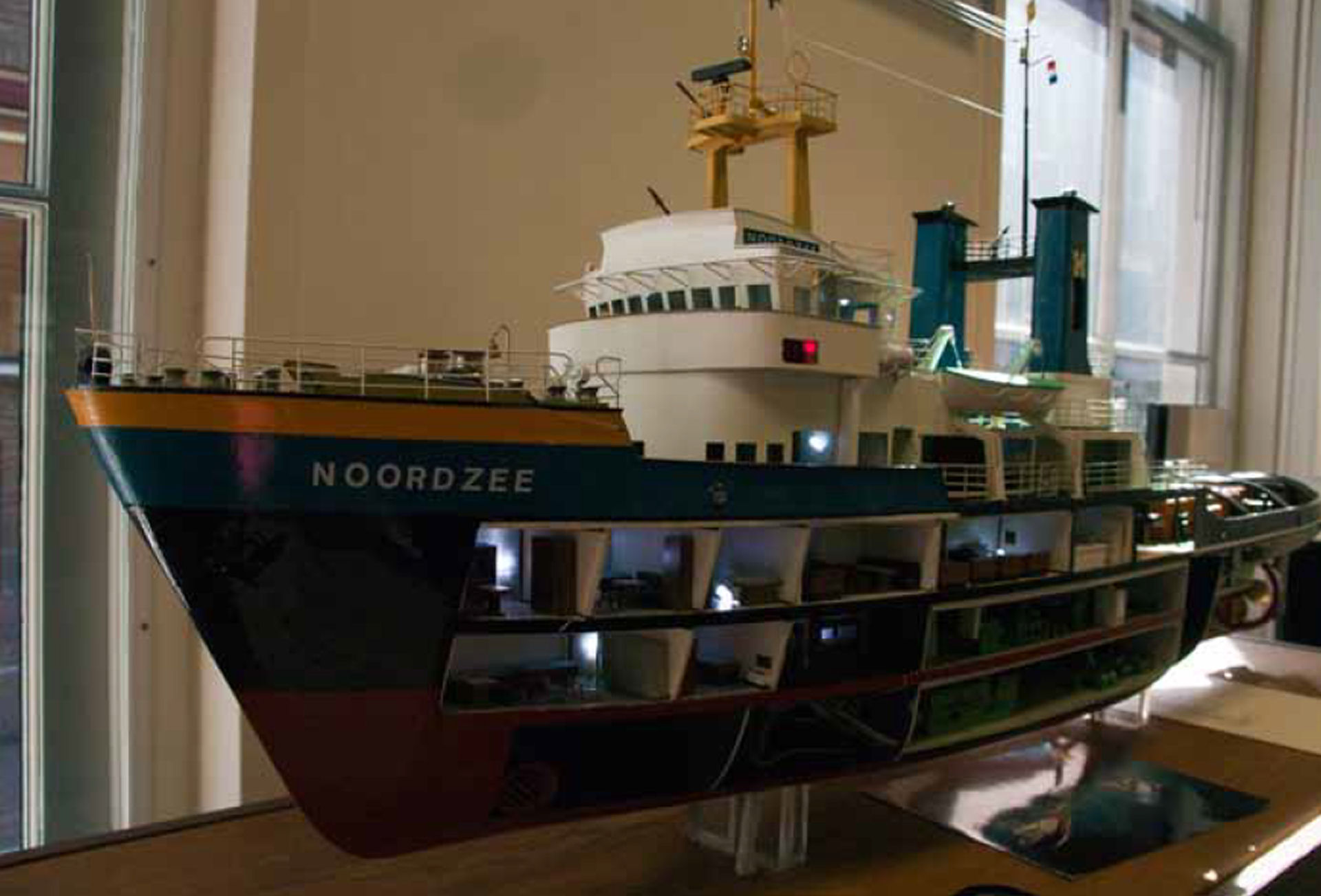 The open-work model of the former Smit seagoing tug NOORDZEE that is to be seen in the National Dutch Towage Museum has been equipped with an internal illumination system. The project started in 2012.

Due to the high current usage and the heat production of traditional filament lighting it was decided to use LED illumination. LED can easily be electronically controlled and varied in strength. During the year 2012 a total of 25 LED lights have been mounted in the model. Special tools had to be developed to make the small spaces within reach and to connect the LEDs to the cabling system. In most cabins and working spaces of the model LED has been fitted. 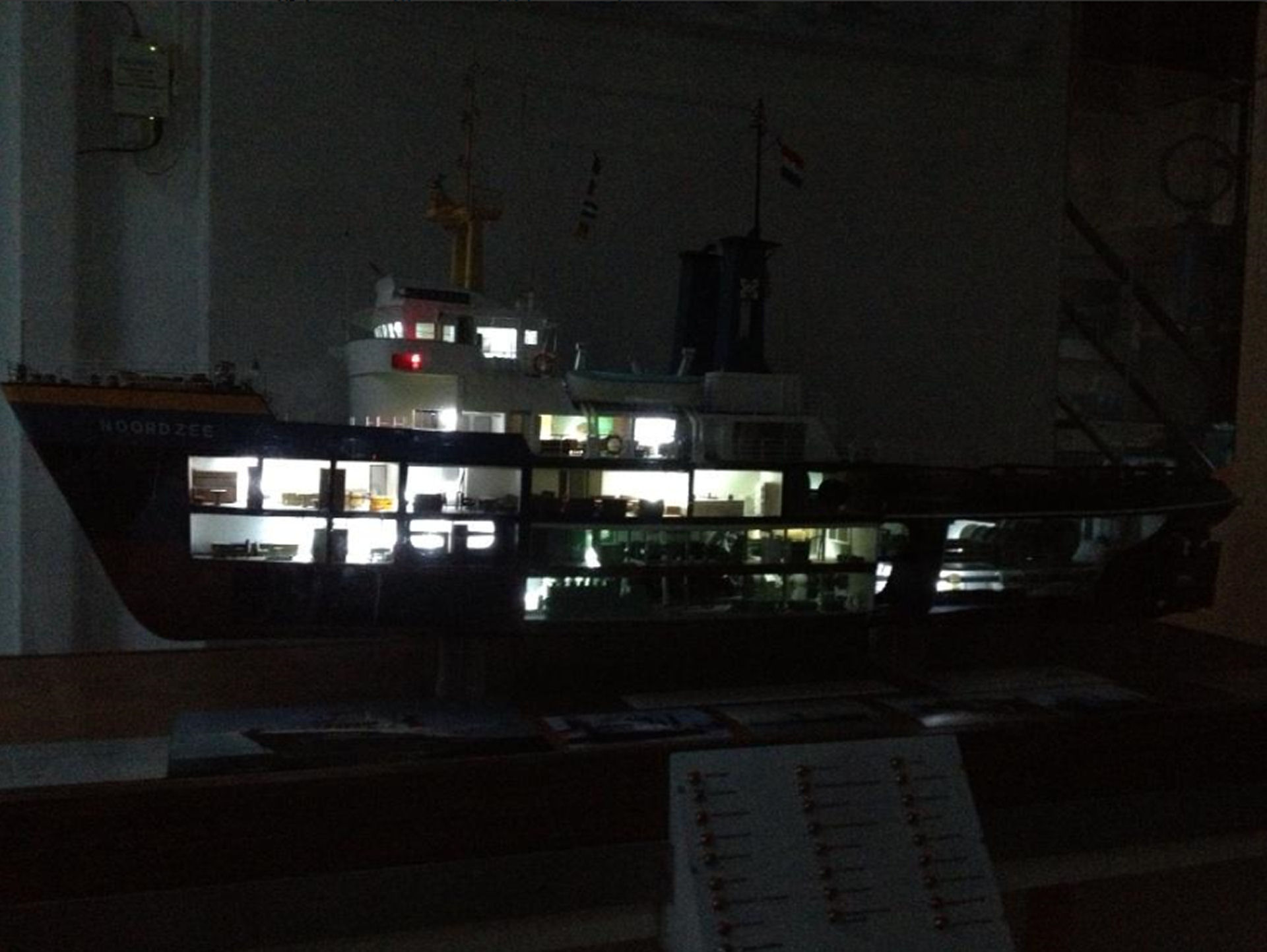 The complete LED system is connected to a switchboard and has been completed on August 5th 2014. About 65 metres of cabling has been installed in the NOORDZEE! By pressing the buttons on the switchboard the visitor will be able to enlighten the chosen locations in the model individually. It is also possible to activate all 25 LED's at the same time,  that will create a fairy-like view.

The complete story is published in the September 2014 Newsletter. This document is not (yet) translated in English. Please accept our excuses for this.