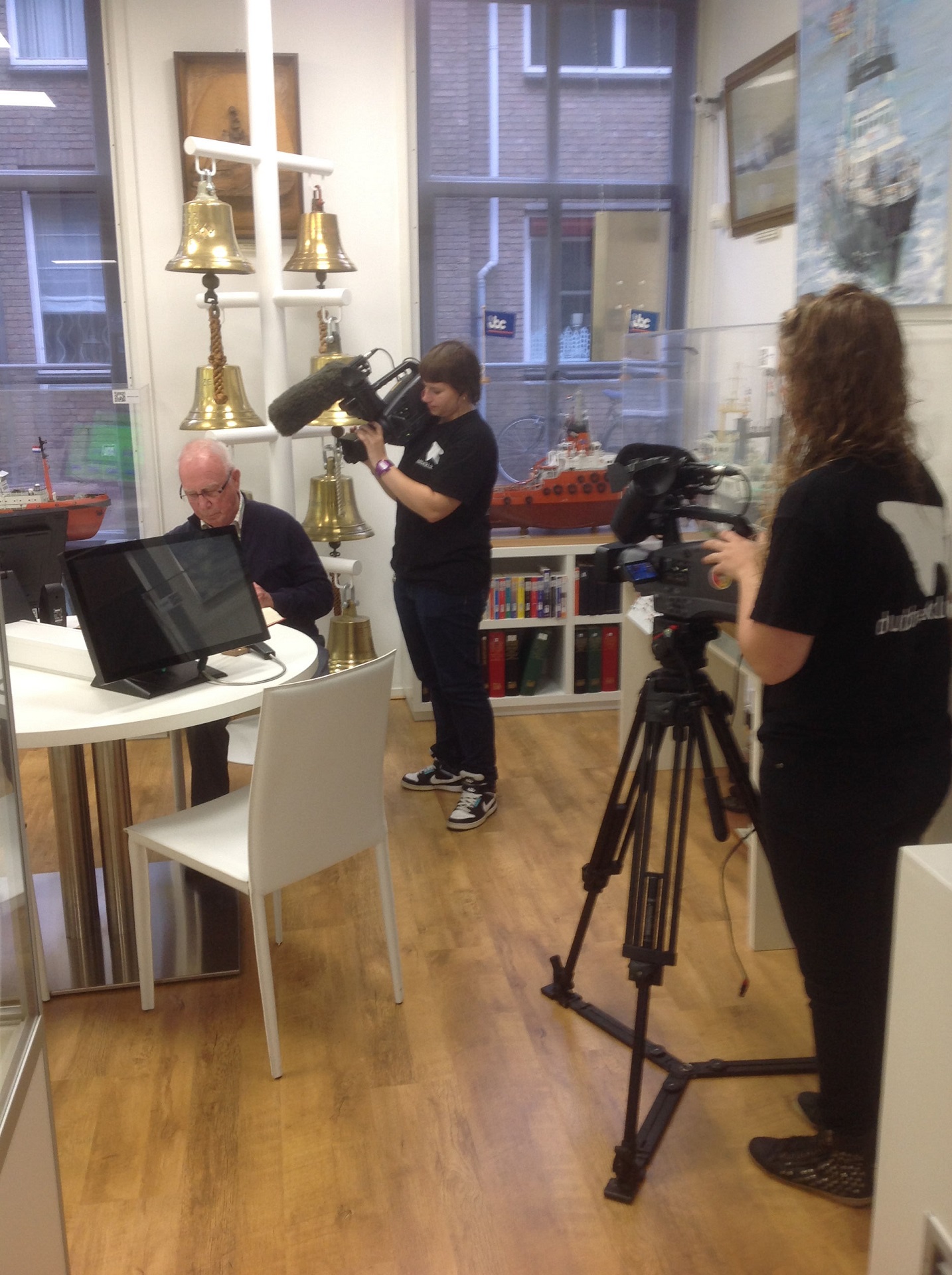 Recently the board of the National Dutch Towage Museum has commissioned the media company Dubbelklik from Rotterdam to create and produce a promotion video about the museum and the staff. During the week beginning October 6th, 2014, after a period of intensive preparations by the workgroup, the recordings started. From Monday till Thursday the two ladies of the filmcrew of Dubbelklik are very busy to get the interwiews and presentations by board members and volunteers of the museum on tape. The results so far fully meet our expectations. After the recording sessions starts the cut-and-paste phase. This first try-out will be presented to the promotion film workgroup. The cooperation with Dubbelklik is highly positive, in Dutch we have a saying that "we have a click". As soon as we have the first results, these will be presented in the website. The final video will also figure on the website. The visitor of the website will then be able to start up the promotion film by clicking on the photo icon.

On photo: The film crew of Dubbelklik is recording the story of board member mr. Paul Alers in the sea hall of the National Dutch Towage Museum