History of the museum and of the town of Maassluis

About the year 1340 Maassluis was founded as a small settlement near a sluice in a sea wall, that had been constructed between Rotterdam and the North Sea to prevent floods. This hamlet was called "Maeslantsluys" and belonged to the governance of the nearby town of Maeslant.

On May 16th 1614 Maeslantsluys became independent from Maeslant and is since called Maassluis.

The famous classic organ of the Great Church has been built between 1730 and 1732 by the organ builder Rudolph Garrels, by order of Govert van Wijn, a well-to-do habitant of Maassluis. The only other operational Garrels organ in the Netherlands you can find in Exloo, a small town in the north of the country. On December 4th, 1732 at the occasion of the 90th birthday of the founder Govert van Wijn, the organ was taken in service. In the course of the following ages the organ has been adapted to the changes in musical taste. It has been refurbished in the 20th century and then restored in the original state of 1732. Still nowadays, according to his appointment letter, the organist has the obligation to perform an organ recital a number of times a year. The proceeds of these concerts are used for the maintenance of the organ. 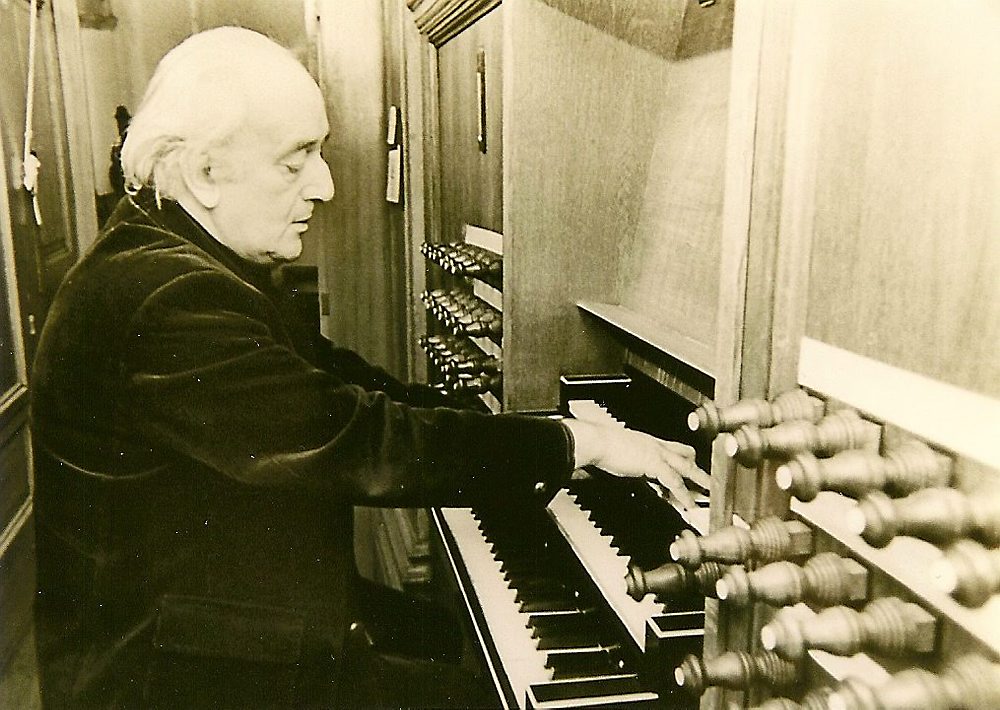 From 1965 to his death in 1984 Feike Asma (1912-1984) was the organist of the Garrels organ in de Groote or Nieuwe Kerk at Maassluis. From the start Feike Asma's endeavour was to raise a maximum of publicity for this organ, by giving many concerts and having a number of his works and even a film recorded. Together with the Dutch singer D.C. Lewis he had, played on the Garrels organ of Maassluis, a number 1 position in the charts in 1970 with the single "Mijn Gebed" (my prayer). He also meant a lot for the improvement of the instrument. For these merits and for his playing during concerts and worship services Feike Asma is still very much honoured and appreciated in Maassluis and will his name always be connected to the organ. Every year his apprentice and successor, Jaap Kroonenburg, gives a tribute concert for this outstanding person in the Dutch organ history.

Economically, at first the fishery was important in Maassluis. In the second half of 19th century and in the 20th century the town became world famous because of the towing company L. Smit & Co and the salvage company W.A van den Tak, after the merger in short known as Smit-Tak.

History of the National Towage Museum

A number of individuals who took an interest in towage matters, the towage society "Lekko", the towage companies Smit International and Wijsmuller of IJmuiden together with the Community of Maassluis took an initiative to establish a towage museum in Maassluis.

The tiny but beautiful old town hall built in 1676 had grown too small for its original function and was abandoned. Unfortunately, the architect is still unknown. The building has the characteristics of the architecture of the classical period and has been equipped with a hipped roof with brick-layed corner chimneys and a wooden ridge-turret. A herring-buss serves as a weather vane. The dormer-windows have been decorated with herrings, to keep the memory alive, that the wealth of the town was a result of the profitable fishery activities.
During the period 1971-1973 the building has been restored thoroughly. 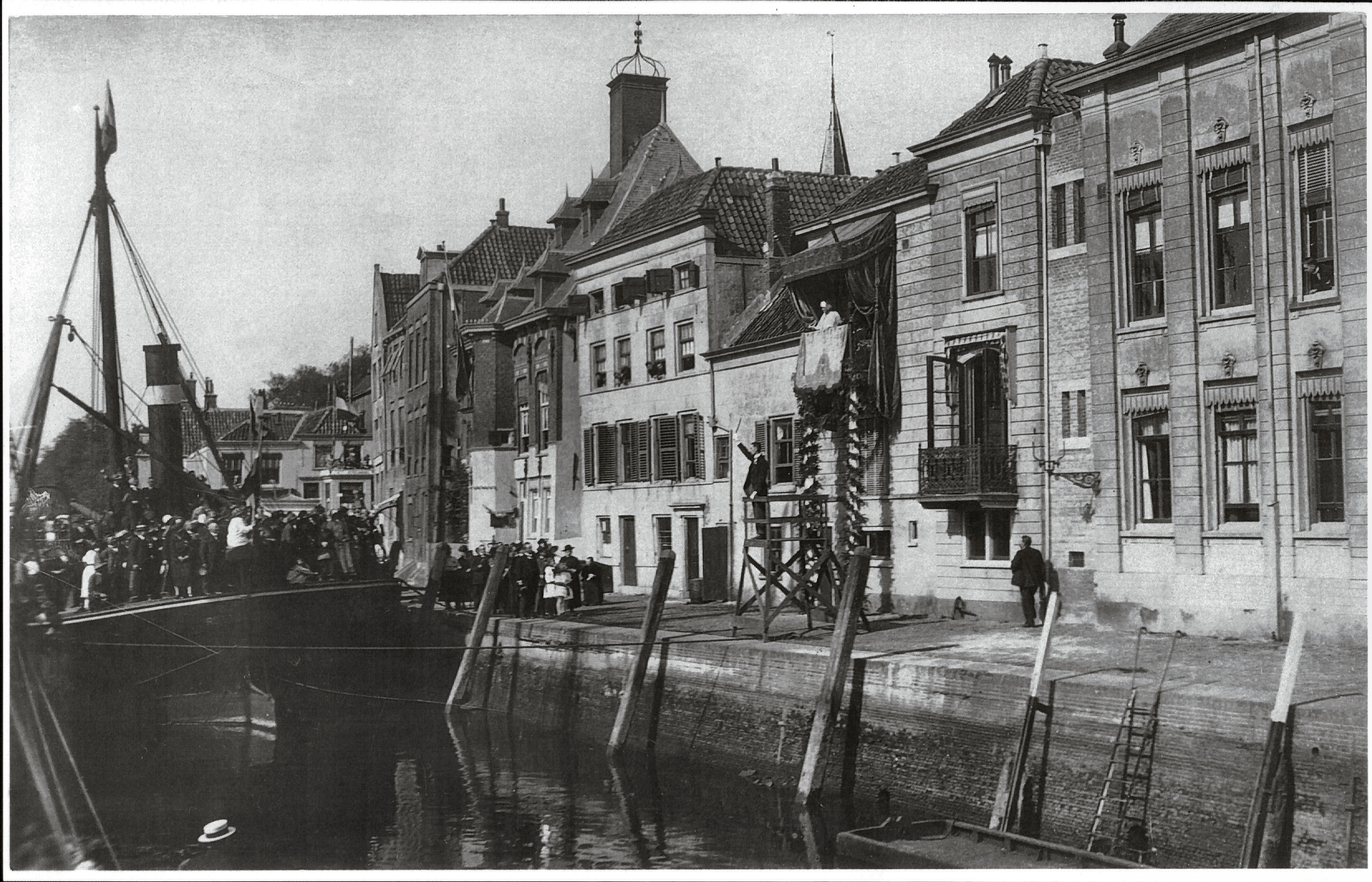 the National Towage Museum has its base in the old town hall. The premises are very well suited to serve as a museum.
The Burgemeister and Chairmen of the Executive Commitees College offered the old town hall for free. As for the location, a better one was hardly to find in Maassluis, right behind the old inner harbour, that makes the atmosphere of ancient times visible.
Thus, the accomodation was provided for, but... there was still no collection. The towage companies did not have a lot to offer from the past, much material had gone lost during the second world war and the disastrous flood of 1953.
Nevertheless, the inventive board members of those days succeeded in collecting objects from everywhere. They provided for ship models, photographs, drawings, cables, medals and so on.
Even an original radio cabin from 1912 was installed, that is still to be seen in the museum!
On april 18th 1979 the Nationaal Sleepvaart Museum officially was declared open and within a year the museum had already welcomed more than 15.000 visitors!
Since then the museum's collection has expanded enormously.
Within a period of 10 years the museum had grown beyond the limits of the accomodation. Fortunately, the neighbouring building, in the possession of the Community of Maassluis as well, came available. The "Foundation Expansion Accomodation National Towage Museum" was founded and with considerable effort of the Rotary club Maassluis the purchase price was collected.

The new expansion was declared open on august 26th 1987 by the Dutch minister of Transport and Water Management, Neelie Smit-Kroes.

The museum had grown mature.

Photo: The Dutch queen Wilhelmina, on a working visit in Maassluis on september 19th, 1924, addresses the people of Maassluis from the balcony of the today towage museum (building Hoogstraat nr. 3).