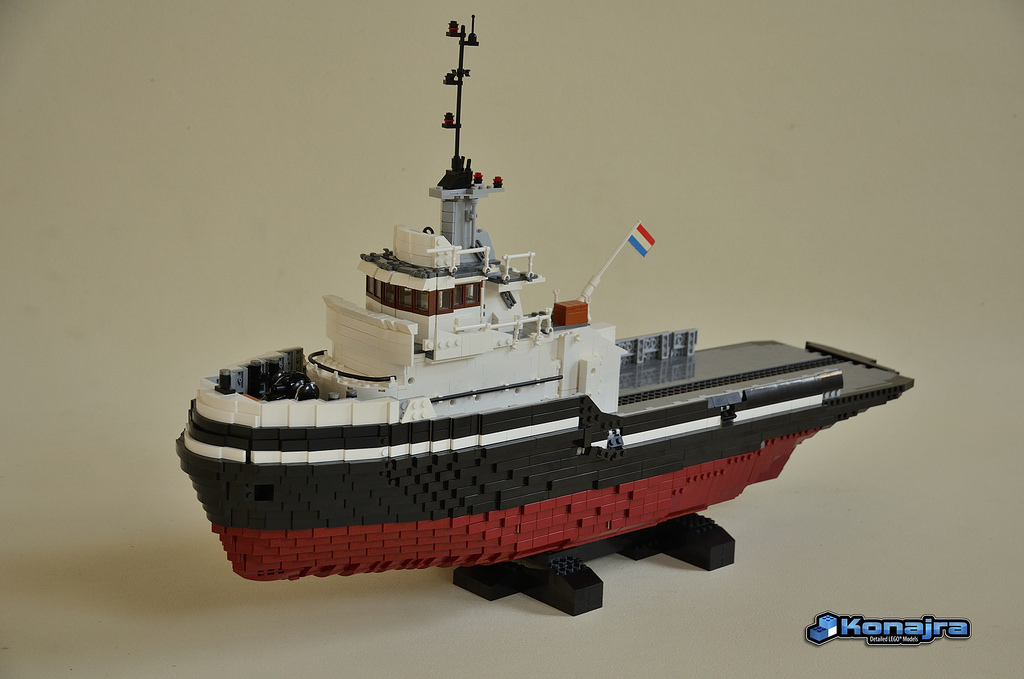 The latest exhibition "From building block to tug model" is about building tug models using standard building blocks, such as LEGO. This activity is becoming more and more common. Notwithstanding the wide variety of standard building models, there are relatively few standard construction boxes of ships available. However, shiplovers are very creative and recently discovered that standard building blocks like LEGO also can do the trick. Consequently they now design and buid tug boats and other craft using this building material. The result is often astonishing. This exhibition shows a number of LEGO built tugs. Many of these models are built by "older" LEGO lovers, the so called AFOL’s, that stands for Adult Fans Of Lego. These "experts" really are very thorough and excessive in designing and constructing of their models. All of the design has to be built on the same scale. Often even original shipyard construction plans or computer software are used to achieve an as realistic result as possible. Specially for this exhibition two widely known LEGO model constructing professionals were prepared to support us in assembling and modelling this exhibition, Edwin Korstanje and Arjan Oude Kotte. Both gentlemen are building beautiful LEGO models for years now, often for tug companies and other firms.

Further information you find on the following sites:

The exhibition guide can be downloaded using next button (in Dutch):